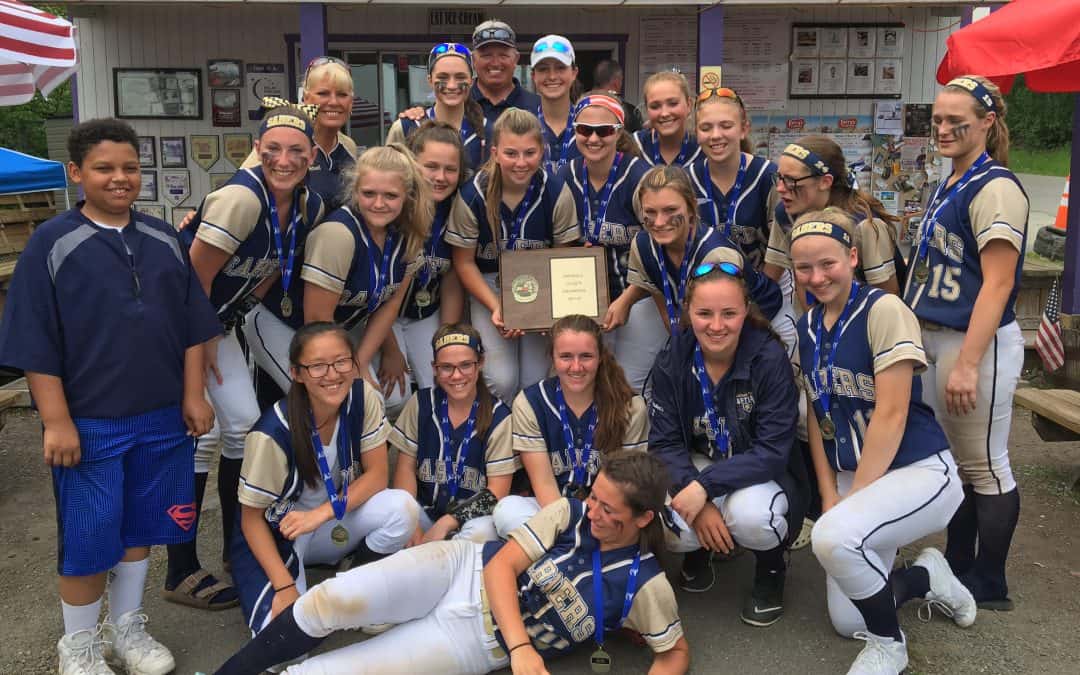 A Coach’s Journey: An interview with Karen Bidwell

What’s the best thing about being a coach?
The best thing about coaching for me is being able to coach with my husband! Since 1999, I have been so lucky to have had an amazing coach by my side, throughout it all! My husband, Ken, and I are co-head coaches on the club teams, and although I am technically the head coach of our high school team, Ken is way more than an assistant. He is an invaluable asset and as much a coach as I am. My successes are certainly his as well. 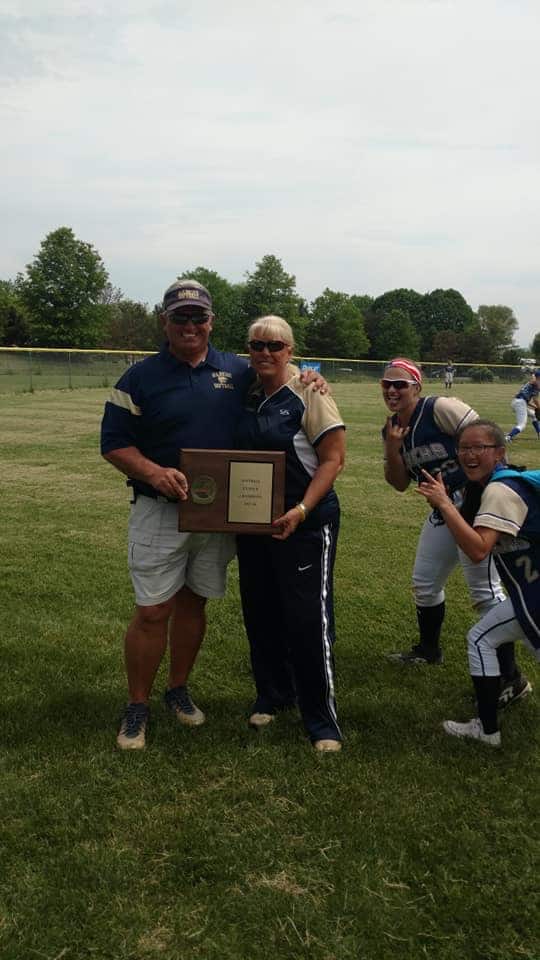 Who is your biggest motivator or influence?
My husband, Ken, has actually been my biggest motivator. He is a fantastic coach who relates to his players. He is knowledgeable, fair, caring, dedicated, and puts his heart and soul into coaching. He is everything I believe a coach should be.

Ralph and Karen Weekly hold a special place in my softball heart. As another husband and wife coaching duo, they are my idols and role models. Also, Carol Hutchins and Scott Whitlock are always so inspiring. We love to hear them speak and when we do, we learn so much and come away excited and motivated to start our season.

How did you get your start in coaching?
I knew I wanted to coach about five minutes after I got roped into my first coaching position back in 1989. I was “volunteered” to coach my son’s youth soccer team. And while I loved the coaching aspect, the sport was definitely not my passion. But, I kept going and went on to coach his t-ball and basketball teams.

I got my start in softball in 1993 when I coached my daughter’s 12U team. At the same time, I had gone back to college to get a degree in Physical Education. While I got my first high school coaching job later that year – it was in cheerleading. It wasn’t until 1999 when I finally landed a high school softball coaching position.

What do you see as your best coaching memory?
There are so many great moments in coaching. My high school highlights would include winning the NYSPHSAA Championship in 2007 and being named NYS Coach of the Year and then becoming Championship Runners Up in 2018, after losing the final game 2-1. 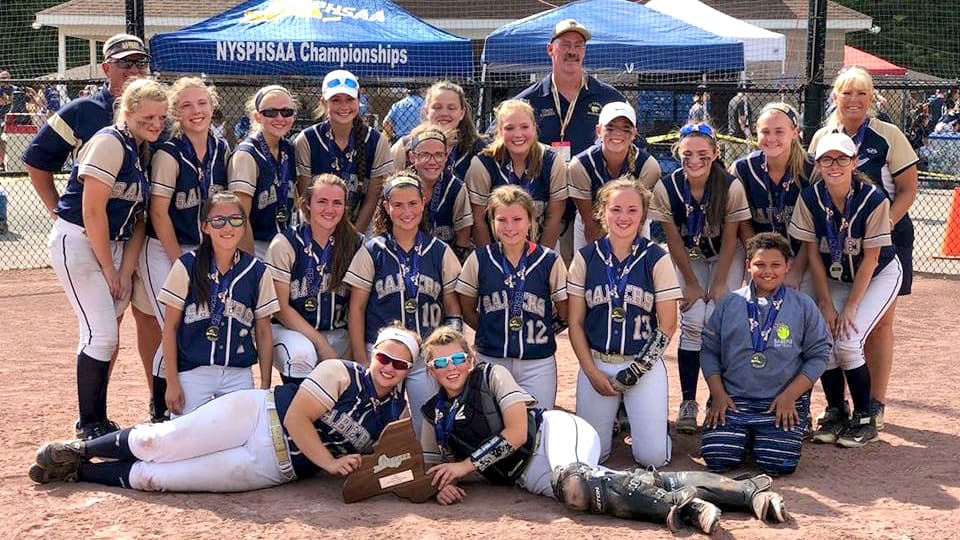 In club ball, we won tied the Triple Crown 18U East Coast Nationals in Myrtle Beach in 2015 with rain preventing a final game. And I’ll never forget in 2013, coming back from an 0-3 Saturday to win five games back-to-back with one pitcher on Sunday, to win the Tournament Championship.

But, it’s not the wins that make the memories. It’s the opportunity to coach some absolutely awesome young ladies who are not just dedicated and talented, but truly amazing people.

What was your biggest coaching disaster?
In our first year coaching a club team, we didn’t take into account the importance of team bonding and team play. We chose very talented individuals for the team, but they were just that – individuals. A team with that much talent should have been winning game after game, but we couldn’t get out of our own way. We had cliques and “mean girls” and sadly, some of the parents were just as bad as the girls.

The experience was so unpleasant that it was almost our first and last year of coaching travel ball. Fortunately, we sat down with a seasoned travel coach who gave us some great advice. We reassessed how we chose players (and parents!) the following year and it made a tremendous difference. Here we are, 16 years later, still loving it!

What is your coaching philosophy?
When our athletes leave, we want them to say their time with us was a positive, rewarding experience. We want them to not only grow and develop their skills as an athlete, but also as responsible, caring citizens and leaders. We want them to learn. To laugh. To love.

Our hope is that our athletes feel a love of the sport, as well as to feel our care and love for them as players and individuals.

How did you nail your team culture?
We learned long ago that team culture is important, but found it difficult to implement some of the things we do with our club team into our high school team. After tryouts, our club team has almost nine months together before we start playing tournaments, as opposed to high school where we have just a couple weeks to teach and practice together before three to five games a week are shoved into a three-month season. 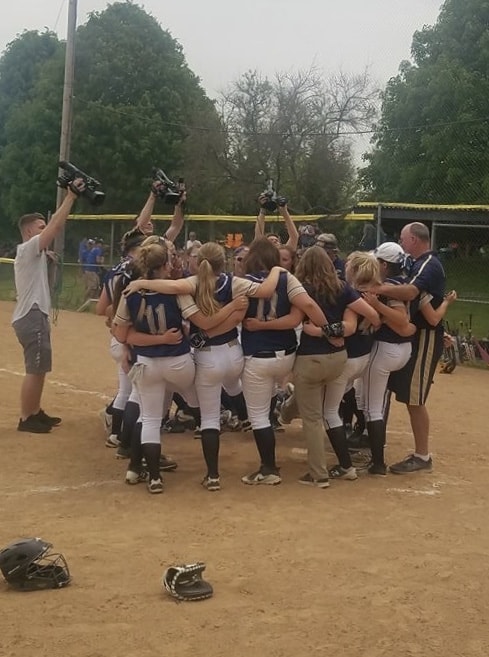 The most significant change in our coaching culture came after listening to University of Michigan’s head coach, Carol Hutchins, a few years ago at Be the Best. Her speech on culture was so tremendous that it motivated me to take a hard look at our teams (particularly our high school team) and make significant changes to our routines and rituals.

We incorporated many of Coach Hutchins’ ideas, finding that even little things like adding motivational quotes to our calendars and hanging inspirational signs in our locker room and dugout helped reinforce the positive culture we wanted for our team.

We also learned that team bonding was essential to achieve our goals, so we made sure we took the time to prioritize it into our busy schedule. We had previously believed we couldn’t afford to give up precious time for team bonding with our high school team, but after listening to Coach Hutchins, we realized we couldn’t afford not to! We found it didn’t take all that much time and the rewards were invaluable.

How do you know when you’ve made an impact on a player?
The impact we have on players is most evident by the relationships we still have with them long after they’ve moved on. Last week we had dinner with a former player who was in town for the holidays, after which she sent this message:

Little did I know 9 years ago that you two would be the most inspiring people I’d ever meet. Thank you for showing me that hard work, a kind heart, and a LOT of laughs are the most important things in life! Can’t wait for the next time! Love you guys!

That’s how you know you’ve made a difference.